The sun is a powerful source of energy that can be used to generate electricity. Solar panels absorb the sun’s rays and convert them into electrical energy. This electricity can be used to power homes and businesses. Solar energy is a clean and renewable resource that can help reduce dependence on fossil fuels.

The sun can be used to make electricity in a number of ways, the most common being photovoltaic cells. Solar panels made up of these cells are placed in an area where they will receive direct sunlight and as the sun shines on the cells, electrons are knocked loose from their atoms. This creates a flow of electricity that can be harnessed and used in a number of ways.

Another way to make use of the sun’s energy is through solar thermal power plants. These plants use mirrors to concentrate the sun’s rays onto a central point, creating heat. This heat is then used to generate steam which powers a turbine and produces electricity.

Finally, the sun can also be used to create electricity indirectly through wind power. When the sun heats up the air, it causes convection currents to form. These currents can then be harnessed by wind turbines to generate electricity.

How Can The Sun Be Used To Make Electricity? 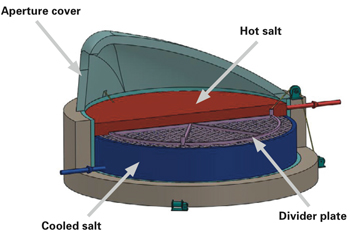 What Are The Benefits Of Using Solar Power? 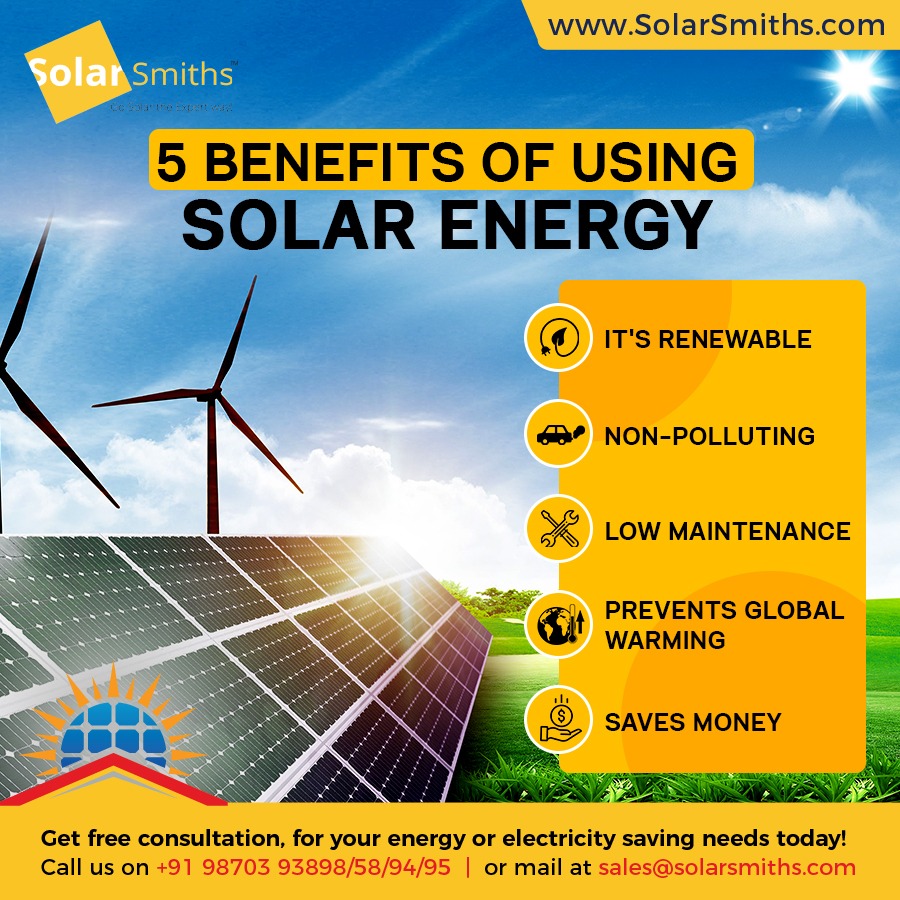 The use of solar power has been on the rise in recent years as technology has improved and costs have decreased. Solar power is a renewable energy source that can be used to generate electricity or heat, and it has a number of benefits over traditional fossil fuel sources. Solar power is free once the initial investment in equipment and installation is made. It also has a smaller environmental footprint than fossil fuels, as it does not produce greenhouse gases or other pollutants.

Solar power is also a reliable energy source, as it is not subject to the fluctuations in price or availability that can occur with fossil fuels. There are a number of different applications for solar power, making it a versatile source of energy. It can be used for everything from powering homes and businesses to generating electricity for entire communities. With so many benefits, it is no wonder that solar power is becoming increasingly popular.

How Does Solar Energy Work?

Solar energy is one of the most misunderstood sources of renewable energy. Solar panels don’t actually produce energy, they simply collect it from the sun and then convert it into electricity that can be used in your home or business. This process is actually quite simple and has been used for centuries in a variety of ways.

The sun is a nuclear reactor that releases tremendous amounts of energy in the form of sunlight and other electromagnetic radiation. This energy travels through the atmosphere and is eventually absorbed by solar panels. The solar panels are made up of special materials called photovoltaic cells.

It’s important to understand how solar energy works so that you can make the most of this incredible resource.

What Are The Disadvantages Of Solar Energy?

Solar energy is a renewable energy source that comes from the sun. Solar panels absorb sunlight and convert it into electrical energy. Solar power is used to generate electricity, heat water and power vehicles.

Although solar energy is a clean and renewable resource, there are some disadvantages of solar energy. Solar energy is not available at night or during cloudy days. This means that backup power sources are needed for nighttime or inclement weather.

How Much Does It Cost To Install Solar Panels? 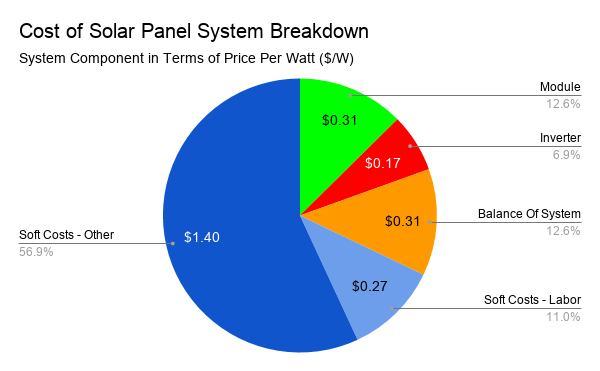 Solar panels are becoming an increasingly popular choice for those looking to reduce their reliance on traditional forms of energy. But how much do they actually cost to install?The average solar panel system costs between $and $after tax credits. However, the cost will vary depending on the size of your system, the type of panels you choose, and the specific installation requirements of your home.

If you’re thinking about going solar, the best way to get an accurate estimate of how much it will cost you is to consult with a reputable solar installer in your area. They’ll be able to assess your needs and give you a personalized quote. 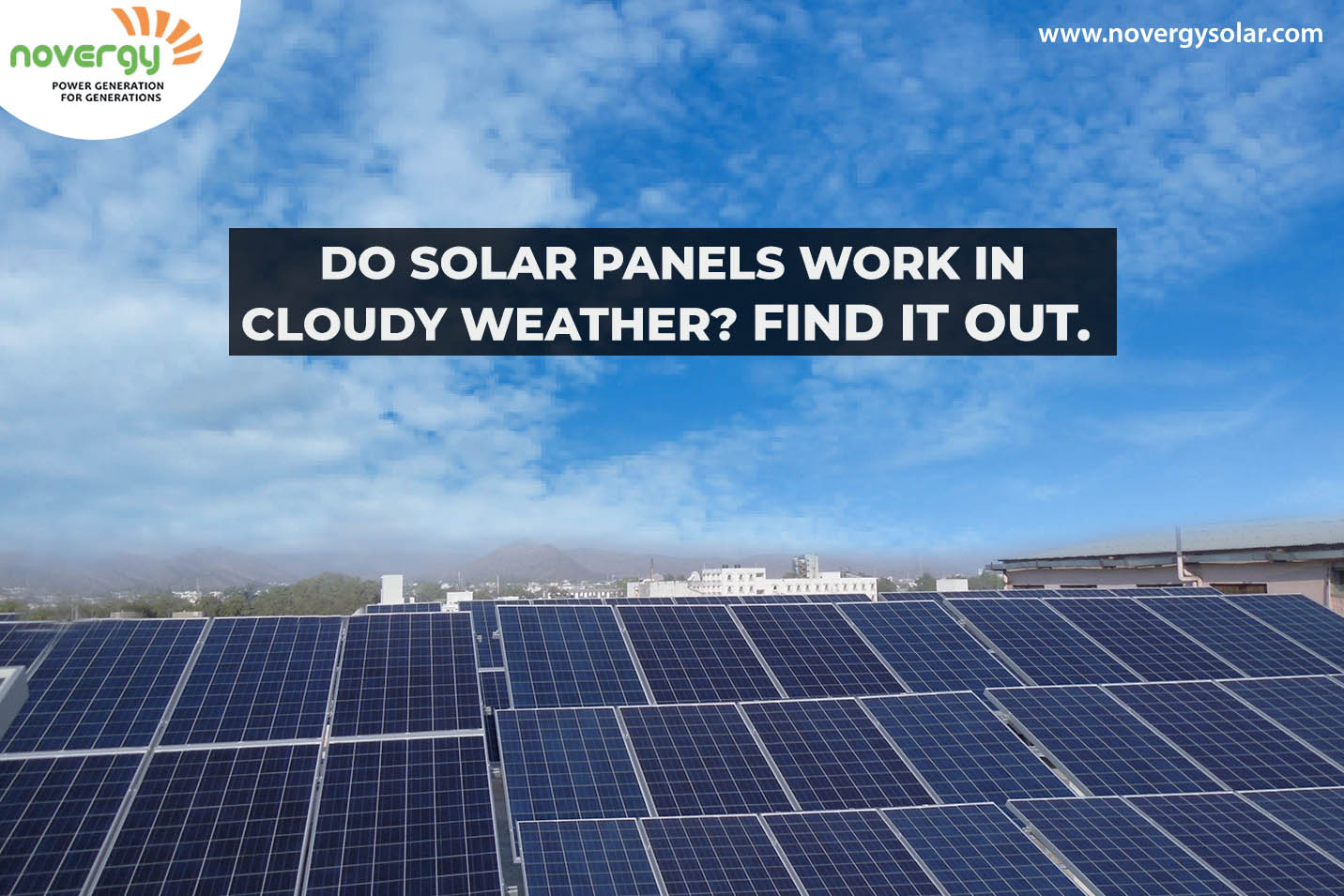 Solar panels are designed to work in all weather conditions, including cloudy days. While the sun is the panel’s primary power source, they can also generate electricity from diffused light on overcast days. In fact, solar panels actually work more efficiently in cooler weather. However, cloud cover can reduce the amount of electricity produced by solar panels.

This is because clouds block some of the sun’s rays from reaching the panels. The amount of reduction depends on how dense the clouds are. Despite this, solar panels can still generate a significant amount of electricity on cloudy days. And, because they rely on daylight rather than direct sunlight, they can actually produce more electricity during winter months when the sun is lower in the sky.

Can Solar Power Be Used To Heat My Home?

Can Solar Power Be Used To Heat My Home?Solar power can be used to heat your home in a couple of different ways. The most common way is to use solar panels to collect the sun’s energy and then convert it into electricity. This electricity can then be used to power aheat pump, which will circulate warm air throughout your home. Another way to use solar power to heat your home is to install a solar thermal system.

This system uses the sun’s energy to heat water, which is then circulated through a radiant floor heating system or radiator. Both of these methods are effective at heating your home, but they do have some drawbacks. Solar panels can be expensive to install and maintain, and they require a lot of sunlight to work properly. Solar thermal systems can also be expensive, and they may not work as well in cold climates.

If you’re interested in using solar power to heat your home, it’s best to talk to a solar energy specialist to see if it’s a good option for you.

Can Solar Power Be Used To Power My Car? 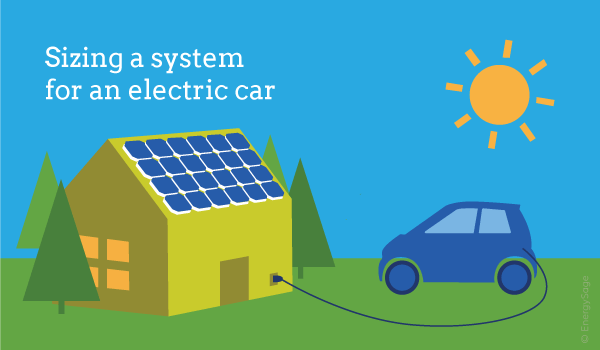 As long as your car has a volt battery, you can use solar power to charge it. Even if you don’t have a solar panel, you can purchase a portable one to charge your battery. Once the battery is charged, the electricity will power the car just like gas would. The only drawback is that solar power takes longer to charge a battery than plugging it into an outlet, but it is a renewable resource.

What Is The Difference Between Solar Power And Traditional Power Sources? 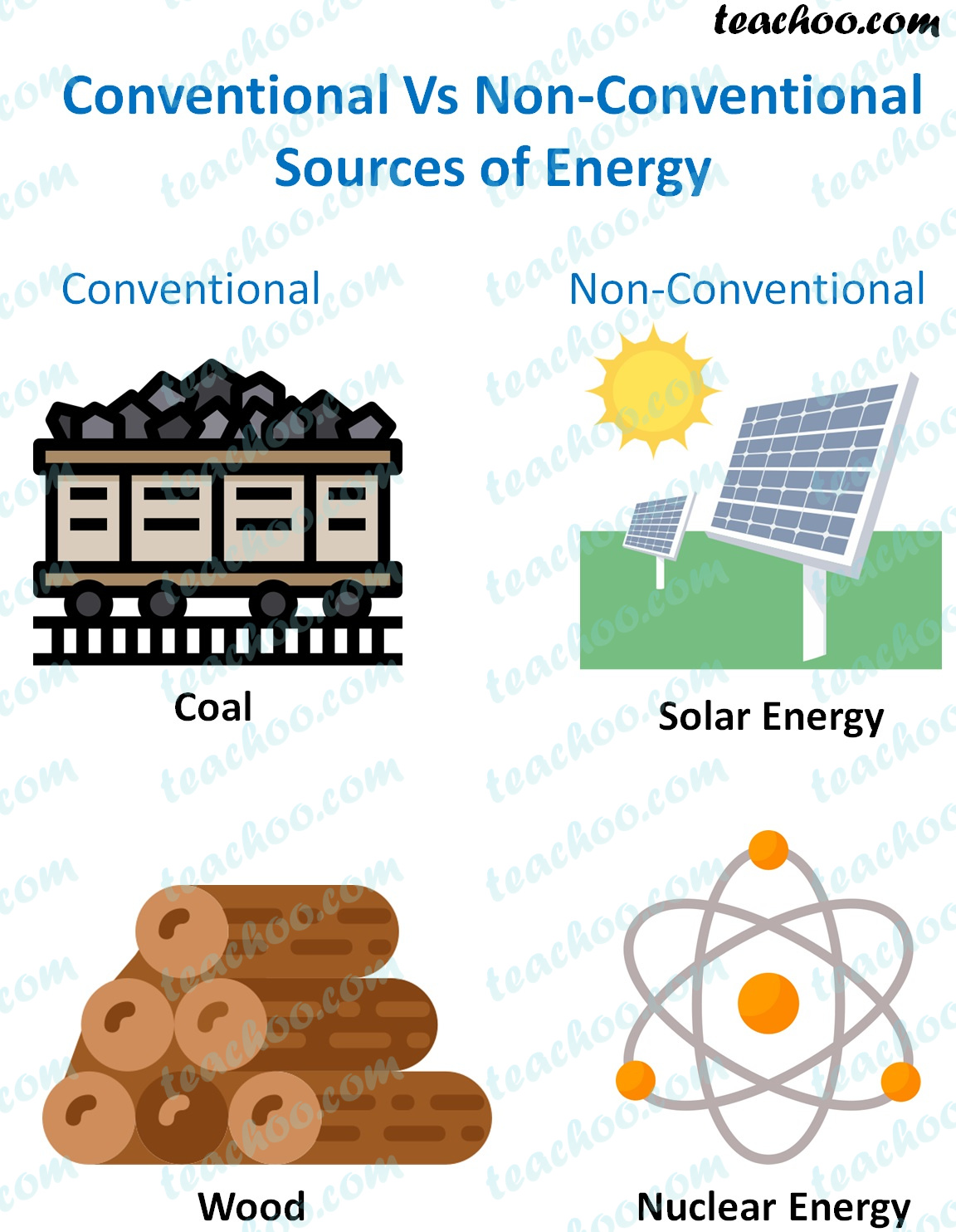 Solar power is also more environmentally friendly, as it emits no greenhouse gases when generating electricity. 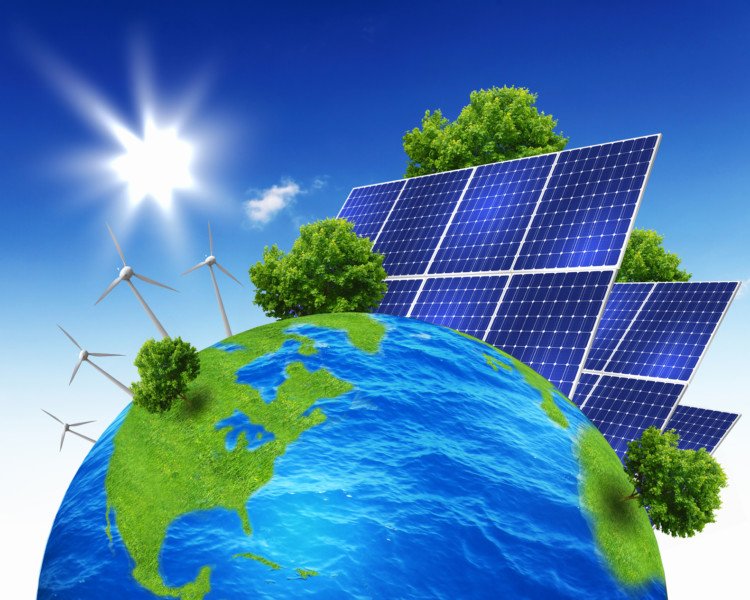 Yes, solar power is a renewable resource. Solar energy comes from the sun, and as long as the sun continues to shine, we will have a nevernding supply of solar power. Additionally, solar power is a clean source of energy that does not produce any harmful emissions.

What Are The Environmental Benefits Of Solar Power?

Solar power is increasingly becoming a more popular renewable energy source due to its many environmental benefits. Solar Photovoltaic (PV) cells take sunlight and convert it into electricity. This process produces no air pollution or greenhouse gases.

In fact, studies have shown that the construction and operation of solar PV systems actually reduces carbon emissions when compared to other forms of energy generation. In addition to producing clean energy, solar power also helps to conserve water. Solar thermal systems can be used to heat water, eliminating the need for traditional water heating methods that can account for up to of a home’s total energy consumption.

What Happens To Solar Panels When They Break? 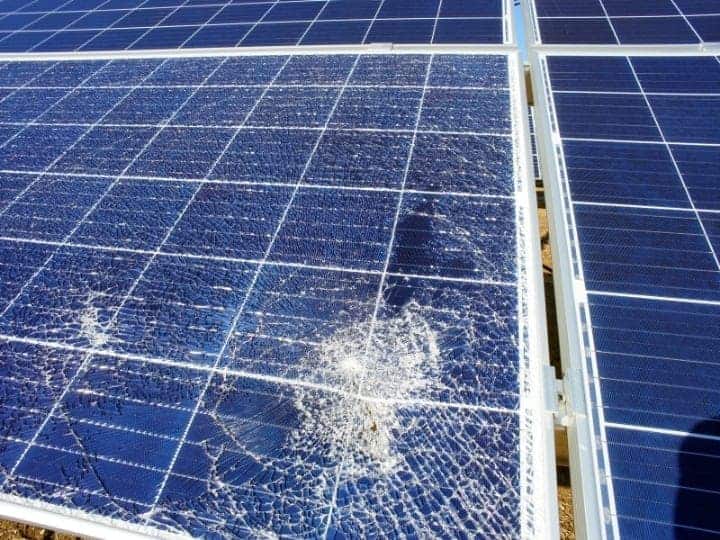 Although solar panels are built to last, they can break from severe weather or vandalism. When a solar panel is damaged, it can be a costly repair. The most common type of damage to solar panels is from hail. Hailstones can crack or break the glass on solar panels, causing the panel to be less efficient at converting sunlight into electricity.

Wind can also cause damage to solar panels, as high winds can break the mounts that hold the panels in place. Vandalism is another common form of damage to solar panels. Vandals may smash the glass on solar panels or sprayaint them, which can significantly reduce their efficiency. If a solar panel is damaged, the best course of action is to have it repaired by a professional.

Solar panel repairs can be expensive, but it is often worth the cost to keep your solar panels working properly.

In conclusion, the sun can be used to make electricity by using solar panels to convert sunlight into electrical energy. This renewable resource is both environmentally friendly and cost effective, making it a great option for those looking to reduce their reliance on traditional sources of power.