Nuclear energy has been used to generate electricity for over years. In that time, there have been accidents at major commercial nuclear power plants: Three Mile Island in the United States, Chernobyl in the Soviet Union, and Fukushima in Japan. These accidents have led to the deaths of hundreds of people and have had a significant impact on the environment. Despite the risks, nuclear energy still has its proponents.

Nuclear energy generates electricity in a process called nuclear fission. In this process, atoms are split apart and release energy that is used to turn a turbine, which then generates electricity. Although nuclear power plants do not produce air pollution or carbon dioxide emissions, they do generate radioactive waste that must be properly disposed of. 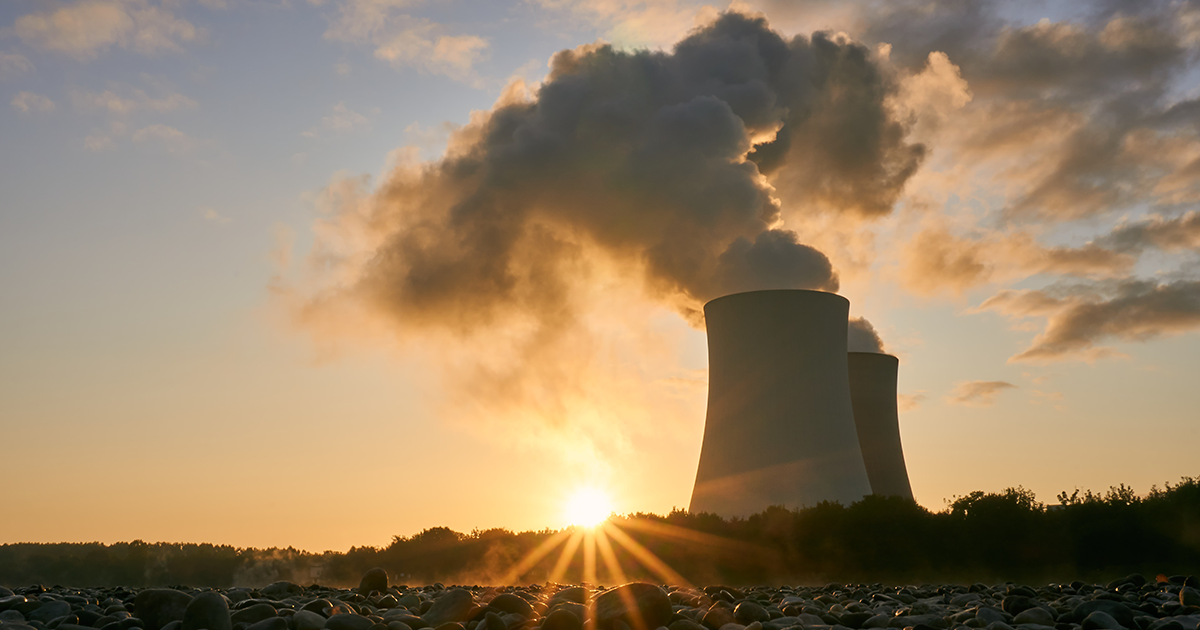 There is no easy answer when it comes to nuclear power. Both sides of the debate have valid points. Ultimately, the decision of whether or not to use nuclear power will come down to a costenefit analysis.

How Does Nuclear Energy Work? 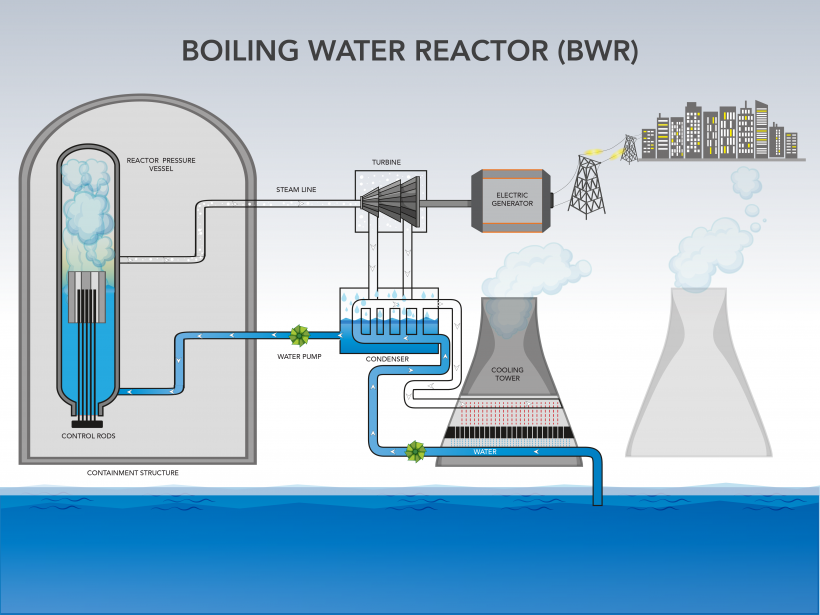 The basic principle of how a nuclear power plant generates electricity is the same as any other thermal power plant: heat is used to produce steam, which drives a turbine connected to a generator. The difference is the source of heat. In a nuclear power plant, the heat is created by nuclear fission. Nuclear fission of uraniumuclei produces not only the energy to heat water into steam, but also releases neutrons.

These neutrons can go on to split more uraniumuclei in a chain reaction, resulting in a large release of energy. This chain reaction must be carefully controlled, as an uncontrolled chain reaction would result in an explosion, like that of a nuclear weapon. In a nuclear power plant, the chain reaction is controlled by a device called a control rod. Control rods are made of materials that absorb neutrons, such as boron or cadmium.

By inserting or withdrawing the control rods, the reactor operator can raise or lower the rate of the nuclear fission reactions, and therefore the heat output of the reactor. By carefully controlling the nuclear fission reactions, the reactor can be operated at a steady state, meaning that the same amount of heat is being produced each hour. This heat is then used to produce steam, which turns a turbine connected to an electric generator. The electricity produced by the generator can then be sent out to the power grid.

What Are The Benefits Of Nuclear Energy?

These advantages include high capacity factors, low carbon emissions, and the potential for very low marginal costs of electricity generation.

What Are The Drawbacks Of Nuclear Energy? 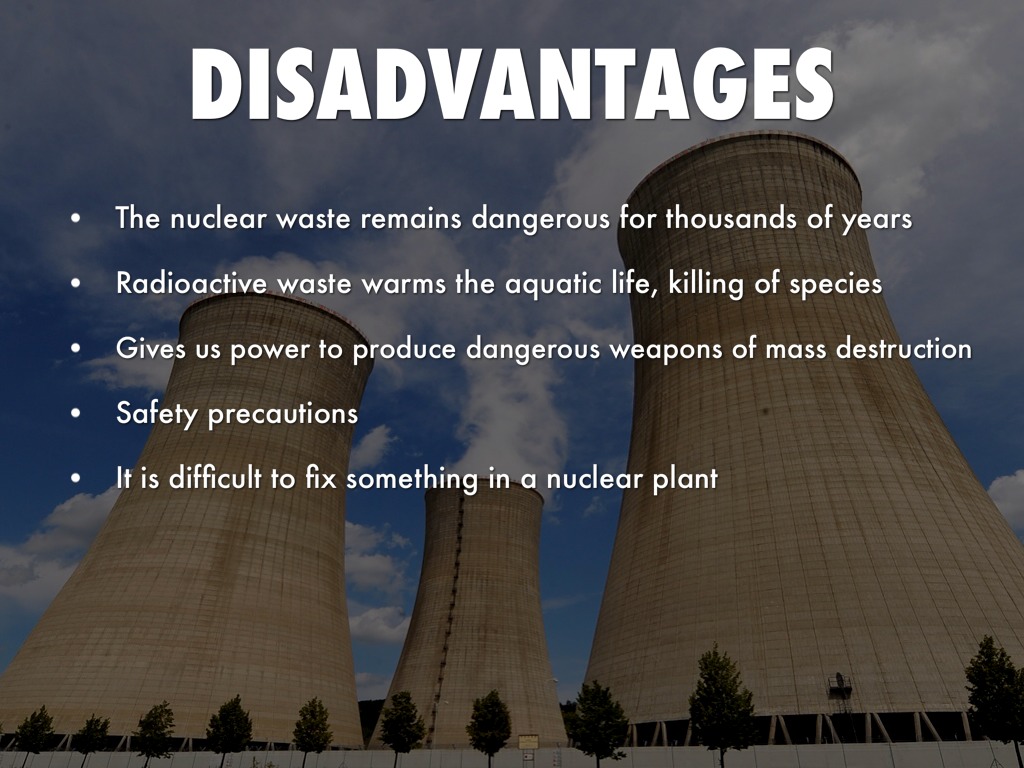 Almost everyone would agree that nuclear energy has the potential to be extremely harmful. A nuclear accident could release radiation into the environment, potentially causing widespread contamination and leading to a large number of fatalities. A nuclear war could also lead to widespread destruction and devastation.

There are other less serious but still significant drawbacks to nuclear energy. For example, the mining and enrichment of uranium ore necessary for nuclear power plants can have negative environmental impacts. And the waste produced by nuclear power plants is highly radioactive and must be carefully stored to prevent it from causing harm.

Despite these drawbacks, nuclear energy remains an important part of the world’s energy mix. It generates large amounts of electricity with relatively low emissions of greenhouse gases. And research is ongoing to try to address some of the challenges associated with nuclear energy.

What Is Nuclear Fusion? 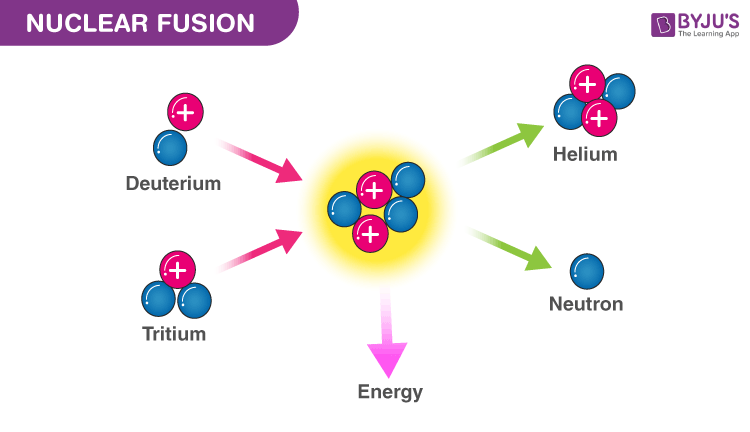 Nuclear fusion is a process whereby atomic nuclei collide and fuse together, releasing enormous amounts of energy. This is the process that powers the sun and other stars. Theoretically, nuclear fusion could be used to generate power on Earth. The main obstacle to this is that it requires extremely high temperatures to get the process started.

However, research is ongoing, and there is hope that nuclear fusion could one day provide a clean, safe and limitless source of energy.

Nuclear fission is the process of a nucleus breaking apart into two or more smaller nuclei. This can happen spontaneously in some cases, but is usually triggered by the absorption of a subatomic particle, like a proton or neutron. The resulting fragments have a combined mass that is slightly less than the original nucleus, and this difference in mass is released as energy.

The steam then turns turbines, which generates electricity. Nuclear fission is a bit like splitting an atom, except on a much larger scale. When an atom splits, it releases a large amount of energy.

This can happen when a nucleus absorbs a subatomic particle, such as a proton or neutron. When this happens, the nucleus becomes unstable and splits into two or more smaller nuclei. The process of nuclear fission releases a large amount of energy.

How Is Nuclear Waste Disposed Of?

Nuclear waste is one of the most dangerous types of waste. It can remain radioactive for thousands of years and can cause cancer and other health problems. There are two main ways to dispose of nuclear waste: deep underground storage and vitrification.

Deep underground storage involves burying the waste in a deep underground facility. This type of storage is expensive and can be difficult to find a suitable location. Vitrification involves melting the nuclear waste and encasing it in glass.

This process turns the waste into a solid and makes it safe to store.

What Are The Dangers Of Nuclear Accidents?

Nuclear accidents can happen at any stage of the nuclear fuel cycle. uranium mining, milling, conversion, enrichment, fuel fabrication, reactor operations, spent fuel management and waste disposal all these activities involve risks. A major release of radioactivity could cause widespread contamination, severe radiation sickness or death, and damage to the environment.

There are three major types of nuclear accidents. Reactor accidents happen when the nuclear fuel overheats and the reactor core melts. The most serious accident of this kind happened at Chernobyl in the Ukraine in Fuel transportation accidents can also cause releases of radioactivity if the containers are damaged.

Waste disposal accidents might occur if, for example, a container of waste leaks and contaminates the groundwater. Governments, the nuclear industry and research organizations have been working hard to improve safety and reduce the risks of nuclear accidents. In general, the risk of a nuclear accident is low and getting lower.

How Can We Prevent Nuclear Accidents? 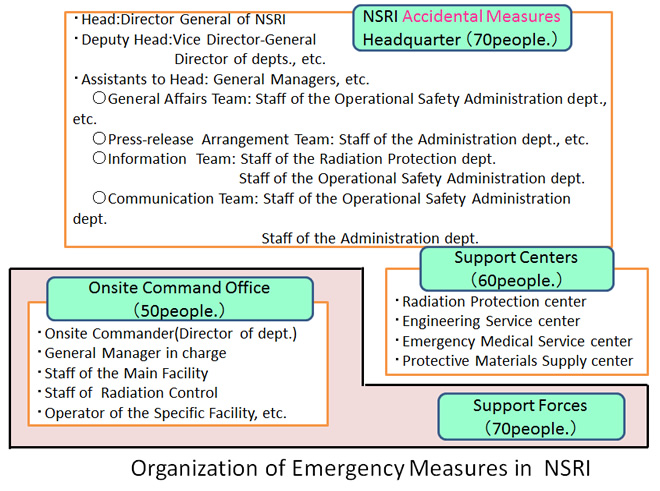 The International Atomic Energy Agency (IAEA) is the world’s leading organization for nuclear safety. They create standards for nuclear safety and inspect nuclear facilities to make sure they are following these standards. Another way to prevent nuclear accidents is to have better training for people who work with nuclear materials. Accidents often happen because people do not understand how to handle nuclear materials safely.

By increasing training and education, we can reduce the risk of accidents. Finally, we can also improve the design of nuclear reactors. Newer designs are much safer than older ones. For example, some new designs include features that would automatically shut down the reactor if something went wrong.

We need to be vigilant to prevent nuclear accidents. By taking these precautions, we can make sure that future accidents are much less likely to happen.

What Happened At Chernobyl?

On April a nuclear disaster occurred at the Chernobyl Nuclear Power Plant in the Ukraine. The explosion released large amounts of radioactive material into the environment. This caused a massive release of radiation that spread throughout Europe.

Thirtyne people died as a result of the accident and many more were exposed to high levels of radiation. The Chernobyl disaster is considered the worst nuclear disaster in history.

What Happened At Fukushima? 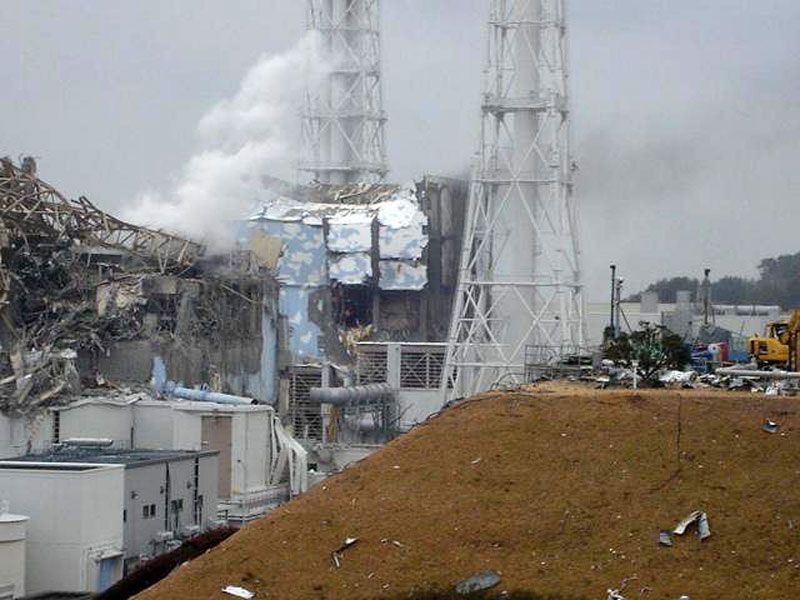 Fukushima was a nuclear disaster that occurred in The disaster was caused by an earthquake and subsequent tsunami that hit the Fukushima Daiichi Nuclear Power Plant. This caused several nuclear reactors to melt down, resulting in the release of radioactive materials into the environment. The disaster resulted in the evacuation of over people, and remains the largest nuclear disaster since Chernobyl.

What Is A Nuclear Power Plant? 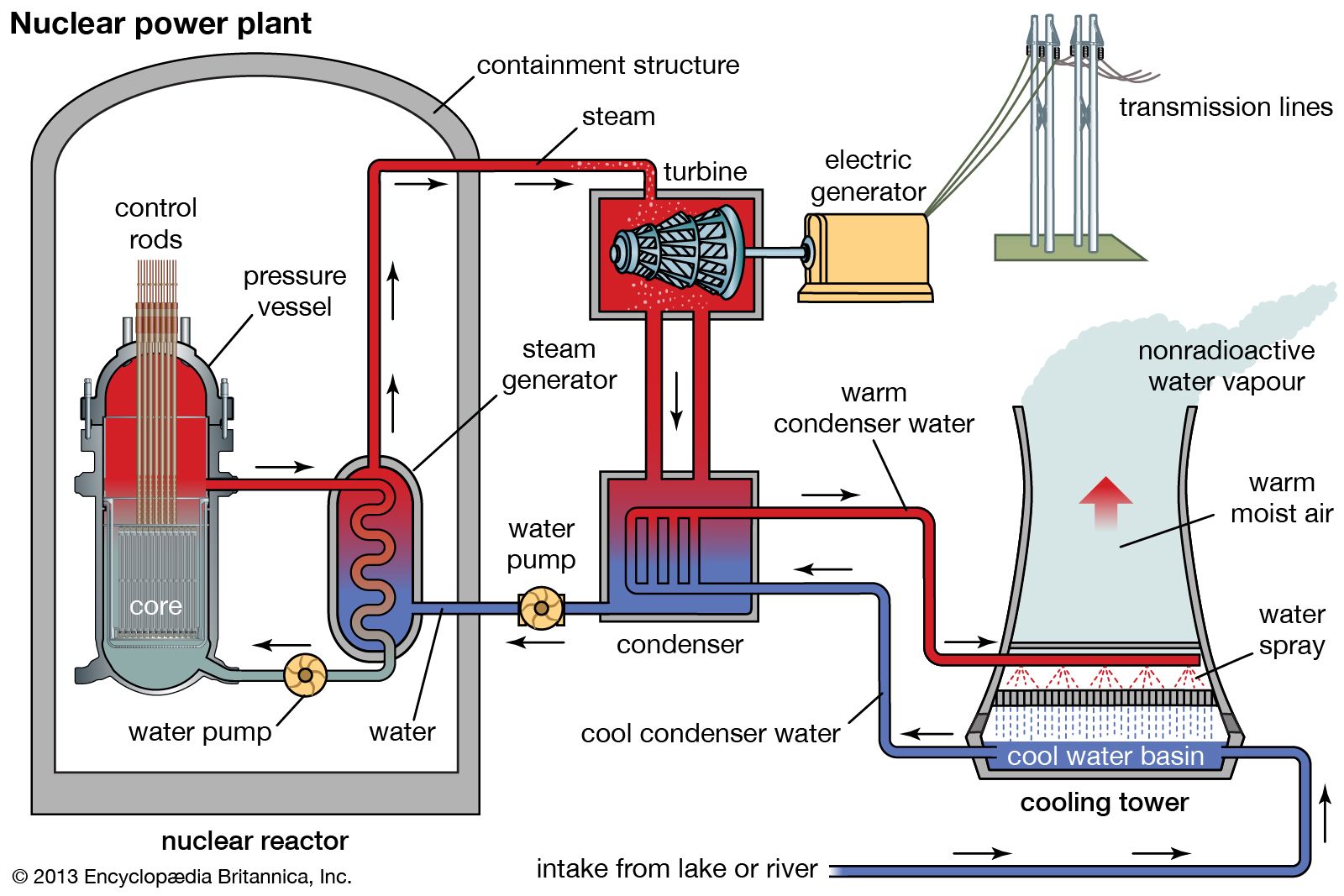 A nuclear power plant contains a reactor, where a fuel rod containing uranium is heated to create energy. This heat is used to produce steam, which turns a turbine to generate electricity. In order for a nuclear plant to function, several things must work together flawlessly: the reactor, turbines, generators, and cooling system.

The entire process is heavily regulated by the government to ensure safety. Nuclear plants do not produce greenhouse gases, making them a very attractive option for countries looking to reduce their emissions. However, the radioactive waste produced by nuclear plants can be dangerous if not managed properly.

Additionally, nuclear accidents, like the one at Chernobyl, can have disastrous consequences.